Temperatures are hitting 40degrees in Spain. The beaches of Costa Blanca are full of Spaniards, expats and tourists enjoying the warm sand, the sunshine and the sea … but what about your dog? You didnt leave it in the back of the car, did you? 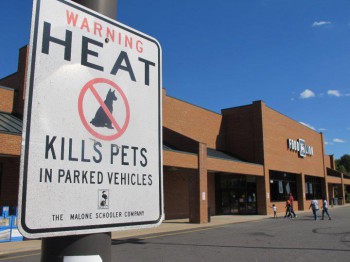 Cars are no less than death traps for dogs in the Spanish summer! The car will warm up to unbearable temperatures in just minutes under the Spanish sun, even if in the shade, and a dog trapped in there will dehydrate and die within a very short timespan. DO NOT leave the car locked with the dog inside, even if you are just going inside for a bit of shopping or heading to a restaurant for a bit of lunch – a extremely dangerous to the dog and it will die much quicker than you think!

Your dog probably loves to come along when you go out, but remember: 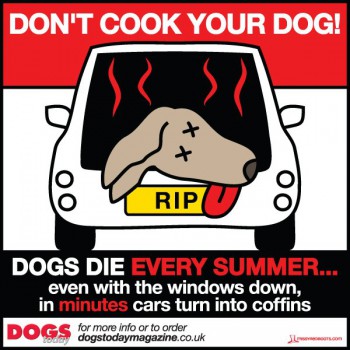 It may seem like common sense, but dogs die every day in Spain in tragic events where owners have left them in their cars. The owners intent is rarely malicious but the outcome is a horrible death for the dog nonetheless!